Network restart is one of the most common system administration activities. Let us show you GUI and command line ways to do this on older and newer versions of Ubuntu.

Sometimes resetting your Ubuntu network is required to implement several network configurations such as changing your IP from DHCP Automatic to a static one. Restarting is not a big problem, but must be done carefully.

It is strongly recommended not to perform such actions remotely using SSH because once you stop the network, your SSH connectivity will be lost. In rare cases, you will not be able to start a connection via SSH. You only need to connect to the Ubuntu machine directly.

In this guide, we will show you how to restart your Ubuntu machine network using the following techniques:

In general, using any graphics tool is considered the easiest method to do whatever you need. In our tutorial, we will use the NM applet, which is a built-in applet for the Ubuntu network manager, and is found in the system tray. Below you can find detailed steps to restart the network connection using the NM applet.

Step 1. First, let’s open the NM-applet; from the top panel, you can find the symbol for your network icon, indicating that you are connected to the internet. Now click the down arrow. 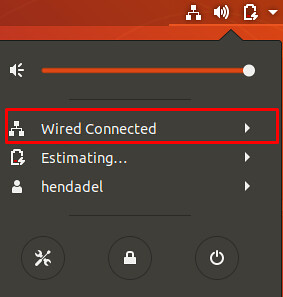 Step 3. Next, select the “Turn off” option to stop the network manager. 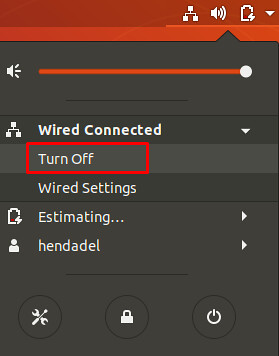 As you can see, the network icon will disappear from the top panel, indicating that you are offline. 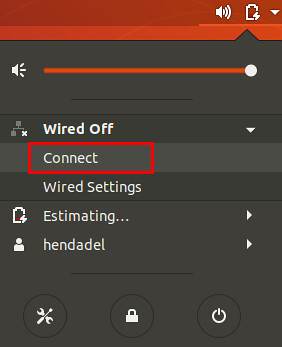 In addition to the NM-applet graphics tool discussed in the above method, you can easily restart a network connection using the command line. Some of the commands will make the network icon disappear from the top panel, and some will not affect its appearance. Because of this, sometimes you can stop the network while the network icon is still in the top panel, but in the meantime, you will be disconnected and will not be able to use the internet.

Stop the network service using the next init.d command. Make sure you have sudo rights to run this command.

To start the network service again.

The previous four commands can be used with Ubuntu 14.04 LTS and earlier versions. However, for newer versions of Ubuntu you can use the command below:

or the following command as well:

This command is widely used by Linux administrators to restart a network. Once again you need to make sure you have sudo rights.

To start the network interface again, use the following command:

That’s all for now. I hope you enjoyed this tutorial. 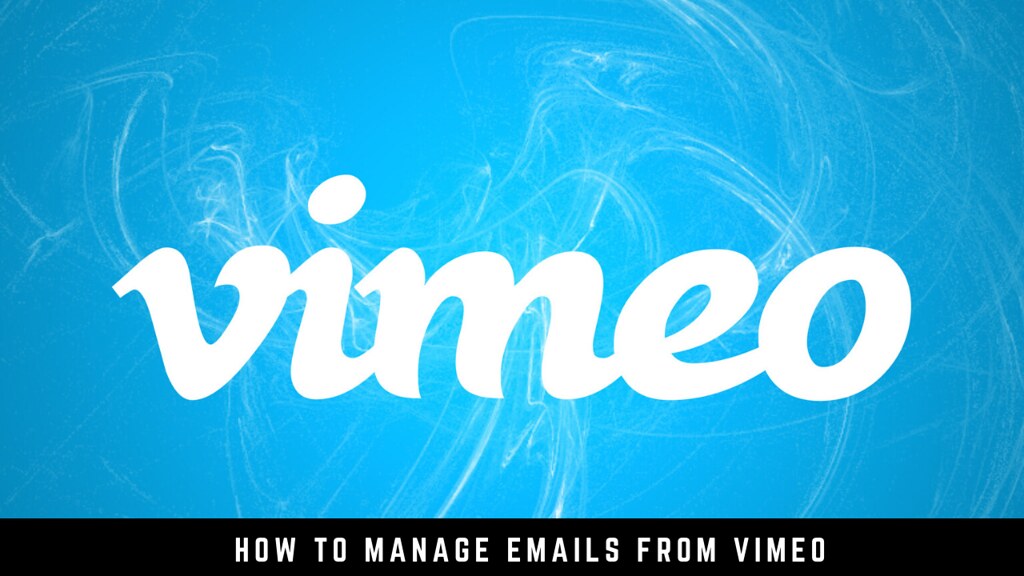 How to manage emails from Vimeo 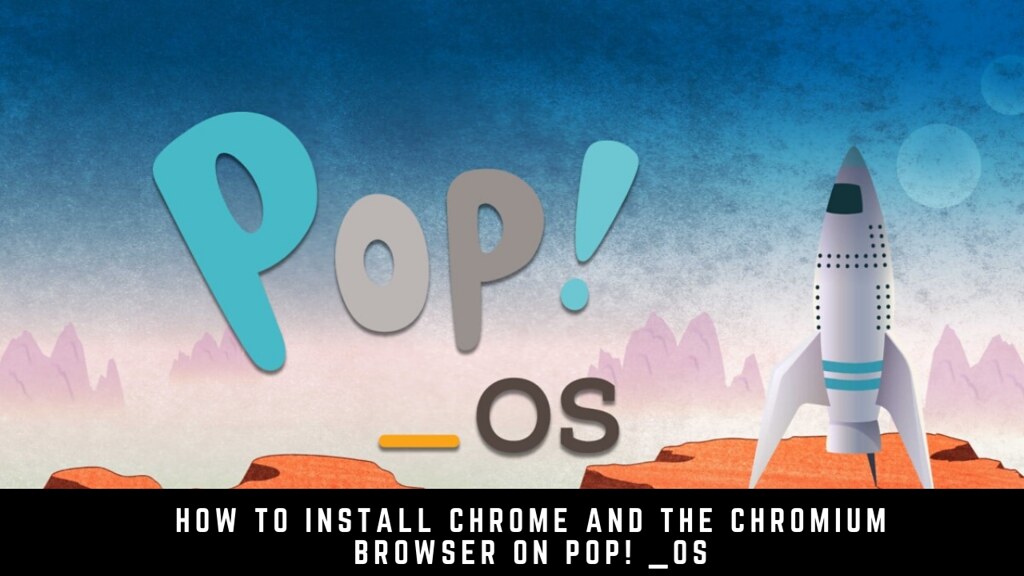 How to install Chrome and the Chromium Browser on Pop! _OS

How to Play PS2 Games on Ubuntu Using PCSX2

How to Install Jenkins on Ubuntu 20.04 with Nginx and SSL

How to Manage Nginx Server Blocks on Ubuntu 20.04

How to Install Python on a Mac

How to Install MariaDB on Ubuntu 20.04

How to Set Up an OpenNMS Network Monitoring Solution on Ubuntu 20.04 LTS

What You Need to Know About Locked in Ubuntu 20.04

How to Use Sudo Commands on Linux

6 The Best Free Own Cartoon Apps For Android & iOS

7 Of The Best Wishlist Apps For Android & iOS

How to Deactivate the Quick Settings Pull-Down Menu on your Pixel 4...

How to Install Sublime Text 3 on...

5 Of The Best Time Management Apps...

How to Hide or Delete Comments in...

How to Add Text to Photos and...

How to Improve GPS Tracking Accuracy in...

How to View Saved Passwords in Safari...

How to Edit Photos on Your iPhone...

11 Best Apps For Watermarking Photos For...